The bichon’s origins can be traced back to prehistoric times. Bichons were prized companions for wealthy women in Mediterranean port cities. They were also thought of as priceless presents.

As far back as 2,400 years ago, Aristotle described a “Melitean dog that was noticeably small.” A vase painting from around 100 BC, as well as stone sculptures and other works of art, show that these small dogs have been around since the dawn of time.

Dogs have always been a vital part of human life, even in the earliest times and in the most diverse cultures.

The Maltese, Havanese, and Bolognese are all close relatives of the Lowchen. These dogs are described in detail in Conrad Gesner’s 1550 book on dogs, which makes it clear that they are not to be confused with, say, a miniature poodle.

A 1669 illustration depicts a small lion with a shear, a design that has persisted to this day. The Bichons were imported from all over the world to serve as lapdogs for the rich and famous. Bichons like the Lowchen show that it is possible to breed healthy companion dogs for generations.

In today’s hectic times, in particular, dogs like Little Lowchen are an excellent choice because you are confident of one thing: pleasant and intelligent family dogs who also feel comfortable in an apartment in a big city.

Some dog lovers like to smile at lapdogs like the Bichon and sometimes even see them as a “wrong development” in our society today. But far from it. They have an essential function and are of great use because such dogs are good for our psyche.

In 1961, this historic breed was officially recognised by the Fédération Cynologique Internationale. In Germany, 100 to 150 puppies fall under the umbrella of the VDH every year.

Despite its diminutive size, the Lowchen has a beautiful, long coat that feels like silk against the skin. The square structure of the breed makes it quite sturdy. Withers range from 20 to 35 centimeters in height.

A wide range of options As a result, a maximum weight of 6 kg can be suggested as a starting point. “Silky, long, wavy, dense; without undercoat,” states the standard. All colors are permitted, including those that have been specifically combined.

A dog’s tail is draped across its back like a cape. It’s just the way it is that the dog leaves such a positive first impression. Additionally, the standard focuses on appearance:

“He’s a tiny canine.” He has a greyhound-like silhouette with a short, well-proportioned body and a high head, and he is intelligent, vivacious, and full of enthusiasm. “

“The lion-like shearing emphasizes his proud and brisk walk, his fluttering mane; the parts not shaved must remain completely natural; in no case should they be cut.”

The Lowchen is an excellent canine companion for people due to its well-ducated. For thousands of years, the little lion has known what it means to be a companion and to have a companion dog, unlike the tiny terriers, who have only recently been retrained from working dogs to companions, as the name suggests. For example,

The essence of the standard is described as follows:

He is obedient and affectionate, but also attentive and receptive to his master’s commands. Consequently, his calm demeanour can be maintained in any situation. This young man’s honest and tender expression shows that he is trying to figure out what is expected of him.

A dog, on the other hand, has its own free will. Despite this, he doesn’t display any flaws that might hinder his efforts to bring happiness to his family. He aspires to spend the rest of his days in the company of his people.

Despite his cuteness, the dog is a clever, intelligent, and curious fellow. You can’t help but be awed by him.              The power of these dogs should not be taken lightly. It’s been said that you can train the Lowchen to do small tricks.

Even so, it doesn’t seem overly tense or agitated. Lowchen has a good disposition. You’re always up for a game.         As a result, they’re wonderful friends who bring us a lot of joy.

Keeping a Lowchen in a city and a small apartment isn’t a problem at all. You can easily unwind, even in a tiny upper-floor apartment. Obviously, To be content, one needs to spend time in nature on a daily basis. Only then will it be able to fully
express itself as a well-balanced individual. Otherwise, he’s a very laid-back little guy. Caretakers must help him, and a change of pace is needed at work.  To avoid knots in its fur, it needs to be groomed frequently. Improve his or her bond with his or her boss by implementing this strategy. As a puppy, you should get used to regular grooming.
The Lowchen is a great dog for a family. It’s easy to store in a small apartment. In addition, it is a good playmate for children and is easy to get along with. That is, if the children do not treat it as a toy. As a travel companion, a dog or cat is ideal because they can handle the hectic pace of city life.
If you live in a big city, you don’t have to worry about losing it, whether you’re alone or with a family.  In addition, it’s a good place to begin if you’re a novice. A dog doesn’t need to work every day or engage in strenuous activities like agility in order to feel comfortable around people. The Lowchen is nimble and always on the go. But he isn’t an animal trainer.

It’s easy to teach a puppy new tricks. However, it also needs to be taught. You might be tempted to ignore the fact that it needs constant care and attention because of how cute, funny, and friendly it is.
That’s a responsibility he’s happy to take on, thanks to his master and mistresses. There’s no need to confuse its  excellent companionship with the fact that the Lowchen was less well-educated. He, on the other hand, is so smart and obedient that his people almost have to keep an eye on him all the time.
Puppies should be the starting point, just like with any other breed. That poses a problem for us from time to time.
But it wasn’t for lack of ability or desire on his part. Rather than seeing this little guy as a “cute ball of wool,” we humans prefer to see him as a “cute little guy.”  Otherwise, even a novice can be taught quite easily.

Lowchens don’t have dandruff. However, you should comb it twice or three times a week to get the best results.  Keeping your eyes and buttocks clean is also important, as is regularly removing hair from your feet or ears.

Diseases that are specific to this breed

Lowchens are a healthy breed of dog, according to the American Kennel Club. The eyes can be irritated and inflamed by excessive fur. In some cases, the tear ducts are broken, allowing fluid to flow out of the eye and into the environment.

Reddish fur on light fur stands out because of how tightly it is packed together in this area. Before you buy, you  should pay attention to this (parental animals). Aside from that, buying a puppy on the Internet is a major risk to the health of the Lowchen.

There are no specific nutritional needs for a Lowchen because it is a frugal creature.

The average lifespan of a well-bred Lowchen is 15 years.

When purchasing a dog on-site, you should only buy from a VDH-affiliated breeder. Breeders who are serious about what they do keep detailed records of their litters, like photos. They’ll also be happy to answer any questions you may have about their services.
Unfortunately, there are unfortunately many providers from backyard breeding or puppy mills who want to earn a few quick dollars through internet pup trading in the case of small dogs like the Lowchen, however.
A well-bred Lowchen puppy will set you back around $1,000. 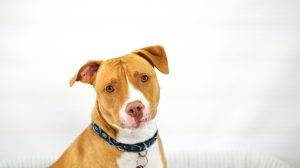 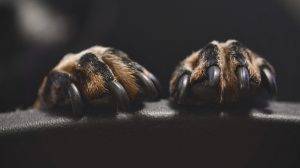 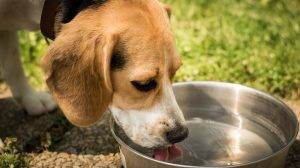 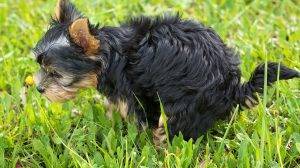 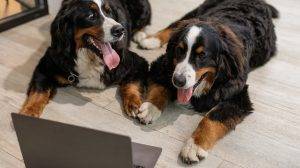 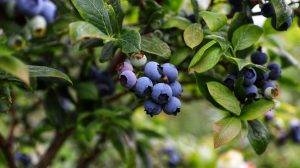 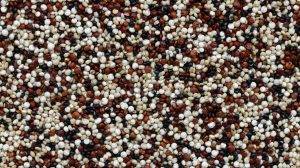 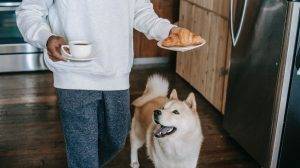